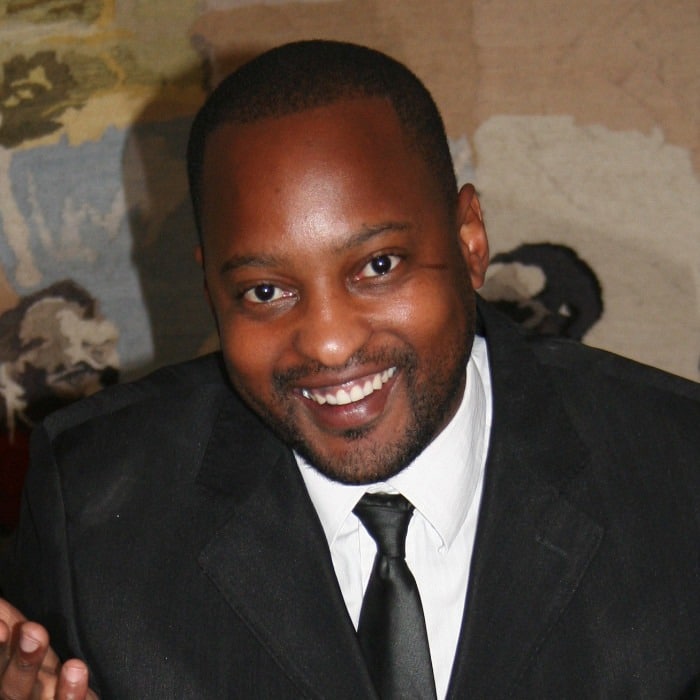 Tshepo Mogale started his comedy career in 1999 with the Cape Comedy Collective,  in the Cape Town with the home base Tshepo Mogale and a series of comedy clubs around Cape Town . Within a short space of time, Tshepo was invited on a varsities tour around South Africa, where he performed in all universities in South Africa. Tshepo later  moved to Johannesburg and became a hit on the Parkers Comedy express circuit, doing comedy shows in venues all around the country in cities like Bloemfontein, Kimberly, Durban Vereeniging, Pretoria etc.

Tshepo Mogale also performed in casinos such as Carnival City, The Carousel, Morula sun, Meropa Casino and the Flamingo in Kimberly;  comedy clubs such as Hurricanes, Comedy Underground, Parkers comedy and Jive and many others. Tshepo worked in financial services, and moonlighted by lending his voice to many radio voice overs and lending his face to numerous television adverts for brands such as Smirnoff, FNB and numerous others.

Tshepo Mogale also performed in the Sprite comedy tour and other university tours, while also getting some literature published in an internationally acclaimed Urban series and had his literature translated to German and Swedish.

Tshepo Mogale has been invited to perform in many comedy festivals including the Cape Town international festival, Soweto Comedy festival, DSTV comedy festival , Comedy Blackout and produces the highly acclaimed Tshwane Comedy Festival. Tshepo also performed in what is to this day the biggest comedy show in Southern Africa; The Laugh out Loud with 7000 audience members.

Tshepo’s  MC credits include the Kora African awards and worked with international acts such as rapper Ludacris and many African icons such as Kofi ole Mode; many government and corporate events for The Free State government, The City of Cape Town; corporates such as Investec, NBC, SAB, MTN and many others.

Tshepo performed and wrote the tv shows Pure Monate show and was writer in many production including, Laugh out Loud; Tonight with Trevor Noah; the controversial Coconuts on Mnet and presented Overdrive on Supersport and was celebrity guest on City Sesla and Font and sons.

Tshepo released a musical comedy kwaito cd under the alias Spykos which was certified gold and was number one in countries like Zimbabwe, Angola, Botswana, Zambia and South Africa.

Tshepo has many many numerous television, and was nominated for a SAFTA for best writing for in a comedy series for: The Pure Monate Show and for an Afrikaans comedy show Kompleks. Tshepo can be googled for more information.