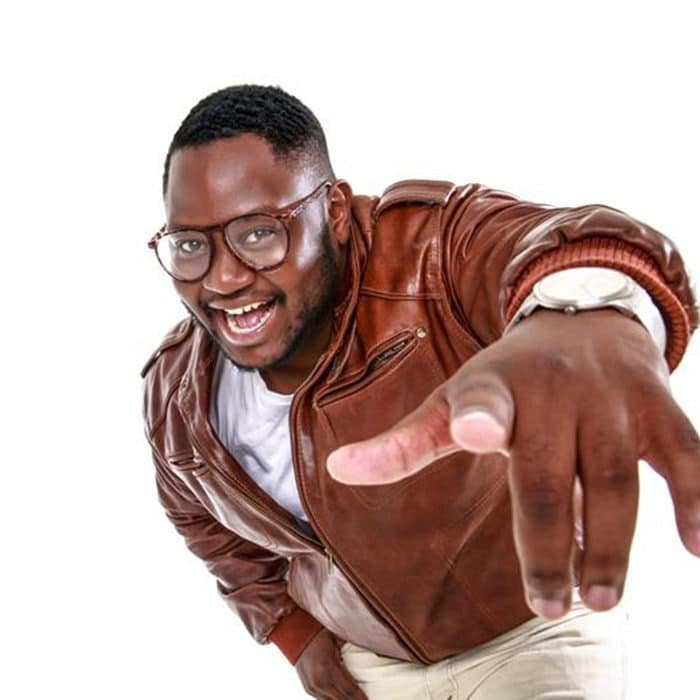 After making an early retirement from his post as a child soldier, young Snooze hung up his AK, picked up a MIC and set his sights on a comedy coup d’état.

In 2014 this Fresh Prince of Hilbrow made his big stage debut in the Comikaze Competition hosted by Joe Parker.

In early 2015 he featured Savanna New Comer Comics Showcase. And in the same year he went on to win Comedy Central’s Grab The Mic competition. This led to performances in the Comedy Central International Comedy Festival. After which he joined forces with Nigerian comedy legend Basket Mouth for a homecoming show in Malawi’s Bingu International Conference Centre. Followed by a solo show in Swaziland.

This was topped off with a few cameos on the propoganda machine (TV). Where Snooze guest-featured on TV shows like Abo Mzala (SABC 1), Kagiso Lediga’s Bantu Hour (SABC 2) and Comedy Centrals Grab The Mic Season 1 (DSTV Channel 122) to name a few.

2016 looks to be another good year for Snooze, with a booking to perform in Cannes at the Cannes Lions Festival in mid June. As well as his first win of an international creative writing award – One Show’s prestigious Golden Pencil Award (hosted in New York, USA). This will be publicly announced on the 14 May at the ceremony.

Snooze was also one of the lucky comics invited to grace the stage at The Goliath Comedy Club’s Comedy Experience Launch.

Proudly Malawian. Loudly African. And quietly hiding from Home Affairs, you can find Snooze on the line-up of any comedy hotspot in SA.