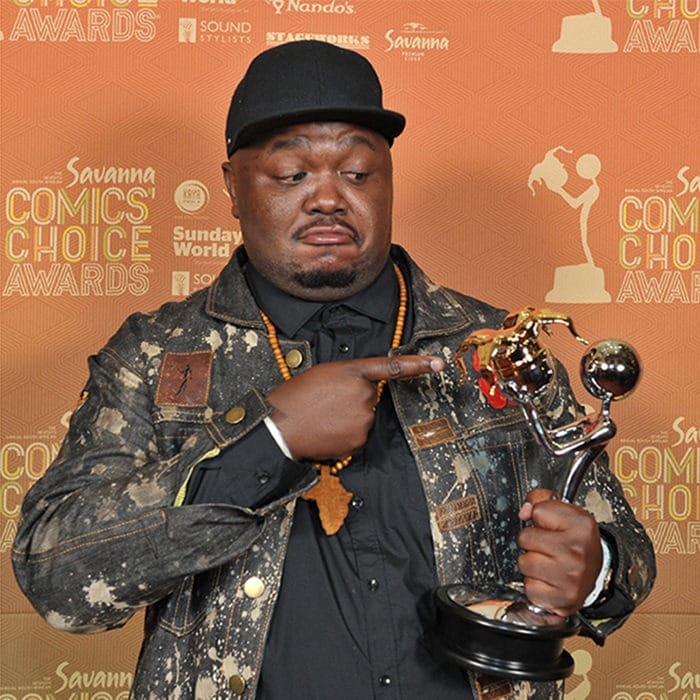 Skhumba Hlophe is a South African comedian, radio presenter and actor best known for his role as Dlamini in the feature film Taxi Ride and its spin-off series of the same name.

He was one of Nubreed Comedy’s Young Gunz who appeared at the Soweto Comedy Festival in 2010 and was also a featured comedian in the first ever Stand Up Zulu festival at the Playhouse in Durban in February 2011.

In 2012 he joined the SABC1 youth talk show Mzansi Insider as a contributor.

Skhumbuzo Hlophe, most commonly known by his stage name of Skhumba, is no newcomer to the South African stage. His career beginnings can be traced back to a stage in his hometown of Tembisa, Ekurhuleni, where he performed to an audience so small, it would have deterred many. He’s come a long way from those days. He’s repeatedly played the biggest comedy show, had a lead role on a sitcom and has a rapt audience on Kaya’s very own “180 With Bob’ every Friday.

“I started comedy about nine years ago at Caprivi in Tembisa. It was an audience of less than 20 people — most of them worked there. The first gig was Toll A$ Mo and I. We did the next show, which had close to 50 people in the audience and we kept at it because we believed in what we were doing.”