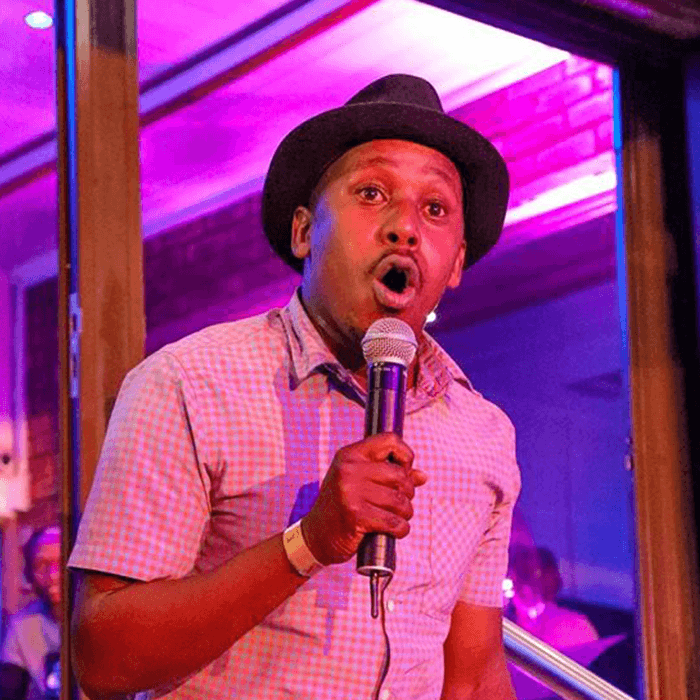 Siya “SEYA SEYA” became a comedian in 2008 when he met Louw Venter he introduced him to comedy from then on wards he never looked back.

He performed at the Zula bar were he became a finalist for the Nandos Comedy Showdown for 2 years in a row. When a comedian from USA wrote on the New York article he mentioned Siya as one of the comedians he was impressed with in S.A. In 2010 Siya moved to the Eastern Cape and introduced comedy in the townships of Port Elizabeth.

That is the same year he became a regular comedian on the 99% Xhosa Comedy.
Siya has shared stages with comedians such as Ndumiso lindi, Shumba Hlophe, loyiso Gola, Goliath and Goliath and Conrad Koch to name a few.

He has released two dvds in Xhosa and in English. Herald Newspaper wrote ” he is definitely a comedian to watch out for in the near future. In 2015 he was nominated for the SATMA award. Siya has played stages such as Lyric Theatre and Playhouse in Durban