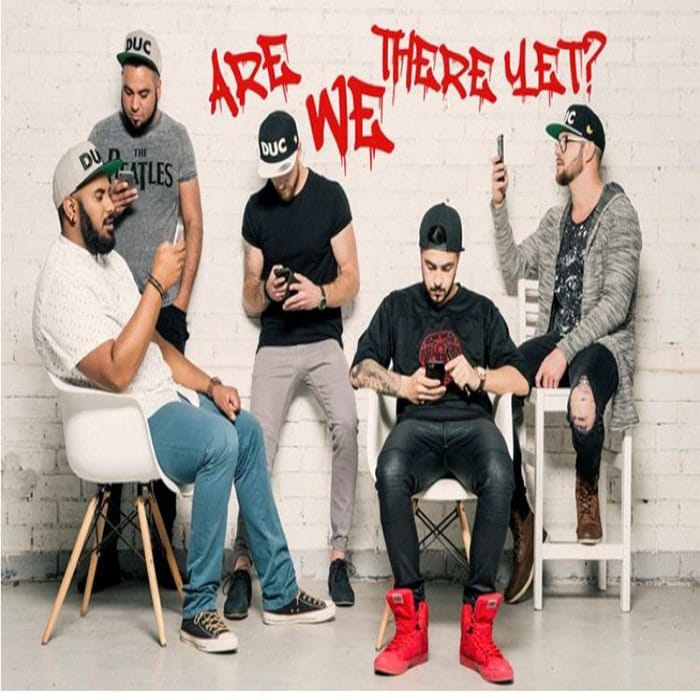 Rubber Duc burst onto the SA music scene in March 2014 when their first single hit the number 2 spot on the 5FM and ECR charts! “AIN’T NOBODY GOT TIME FOR THAT” was inspired by the YouTube clip of Sweet Brown that went viral worldwide. The song is a satirical look at living in South Africa today and a humorous take on current issues… All the stuff we simply don’t have time for!

“STAY WITH ME” charted on Algoa FM as well as many campus and community stations and the feel-good anthem “IT’S ALRIGHT” is still being played across the country. And the quirky “ZEBRA HORSE” is a big fan favourite and “SCREW LOOSE” celebrates the band’s mad love for Cape Town.

In early 2015, bassist Amiel Gopal joined to make Rubber Duc a four-piece, adding not only bass, but joining the percussion line on the snare drum. Amiel adds another layer of spice to their unique sound and bringing even more energy to their infectious live performances!

It is their energetic and up-beat stage personality that makes Rubber Duc a firm favourite at festivals around the country. Some of the highlights so far have been:

 MUSIC AT THE LAKE

 UP THE CREEK

 GET LUCKY SUMMER with GOODLUCK in PLETT

 And they’re looking forward to returning to SPLASHY FEN 2017!

Rubber Duc released their much anticipated debut album in September 2016. Conceptualised and created on the road between shows, “THE SECRET SUNRISE” was produced, recorded and mixed at Openroom Studios in Johannesburg by Grammy and SAMA-award winning engineer and producer Darryl Torr, and former Zebra & Giraffe front-man Greg Carlin.

“We can barely contain our excitement for this album! From Wellington, which is about a little town in the Western Cape that we fell in love with, to Feet which is about how difficult it is to sometimes be honest with the people we love, Leaving Town, letting go of that love, to Faithful, about being in love with what we do for a living. LOVE seems to be a recurring theme… These songs are a collection of our experiences, feelings, moments, and memories we have made on this flipping awesome journey, which are all as beautiful as a secret sunrise.”

“THE SECRET SUNRISE” had its debut on the 947 Breakfast Xpress and the response was something special! With almost 12K views, 128 shares and over 400 reactions, it’s safe to say that the live broadcast video made an impact…

The album has been enthusiastically received by the public and critics alike. Music blogger Al Broide gives it 4 stars and writes:

‘The Secret Sunrise’ is a great debut record. Not only is the record multi-faceted but it shows so much of the group’s personality thanks to its quirky lyrics and sometimes unusual instrumentals. This is a proudly South African album. Sure, it’s a pop album with an international appeal, but there are so many different African elements sonically. Not only does it broaden the appeal locally, but it also shows that Rubber Duc have released an album that is a true representation of themselves and when an artist does that, the audience can instantly pick it up and the connection is much stronger.

Rubber Duc have strategically planned every aspect of this release and the preparation shows. There are plenty of single choices on the record and it’s easily one of the best pop records to come out of South Africa this year. This is definitely a record you should be adding to your holiday playlist this December.

“ARE WE THERE YET?” the first single off the album, made it to number 1 on the Jacaranda SA Top 20. With its instant ‘saxy’ hook in the intro, the single has something to say about the world we live in:

“Social media consumes our lives. Sometimes we just need to let our hair down and focus on what may be considered old-school and “important”. We are constantly trawling timelines, reading about how amazing everyone’s lives are. Why don’t we take that time to relax and read a book or talk to someone instead?”

From time to time, Rubber Duc also calls on the incredible drumming skills of Leeroy Sauls to add some additional bang on stage. Lee also drums on the album.

RUBBER DUC plans to release the second single off the album in February 2017, but they aren’t resting on their laurels… Work on the next album has already started!

Although their style and genre is hard to define – Amiel calls it the love child of Mango Groove and Mumford & Sons – their music appeals to a diverse group of people across all age groups. Rubber Duc believes that music provides a platform to bring people together, to change the world, even if just for a moment… In their own words: “When people sing your music back to you, whether it is one person or a thousand, the point is that the message has touched someone in one way or another.”

The Rubber Duc brand is growing and the band is gathering fans across the globe… They are looking forward to travelling more and doing what they do best: Making music and making people happy!