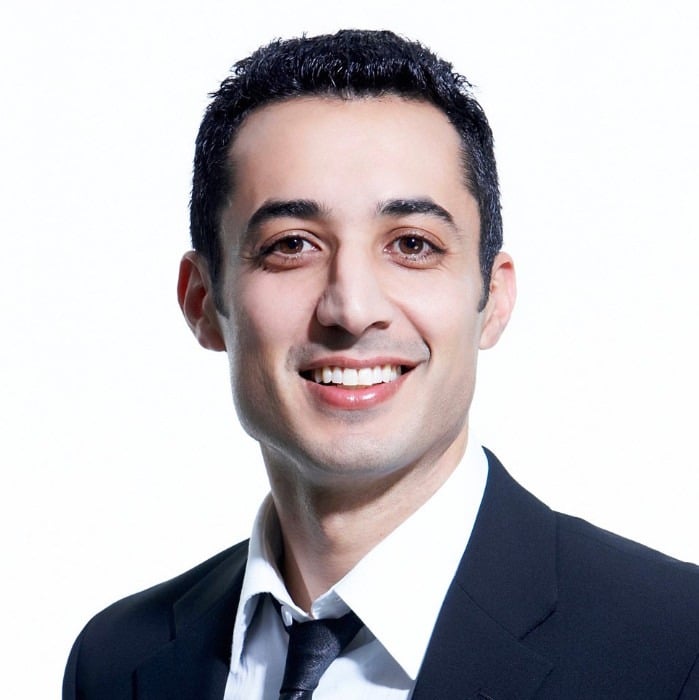 Riaad Moosa is one of South Africa’s most popular, award-winning and successful comedians; and happens to be a qualified medical doctor as well! On stage, he conquers new fans on an almost daily basis with sold-out one-man shows such as “Strictly Halaal” and most recently “Riaad Moosa For The Baracka”; both shows prompted extended runs, as well as special shows being created to accommodate the huge public demand. Both shows were also released on DVD. Riaad has appeared in various TV and film productions, such as “Laugh Out Loud” (SA’s largest standup comedy show in TV history); Riaad was also a writer and performer for SABC 1’s “Pure Monate Show” – which achieved cult status amongst South Africa’s urban youth; he starred in one of 2005’s highest grossing movies “Crazy Monkey – Straight Outta Benoni” as well. Apart from his solo work, Riaad also shared the limelight with fellow comedians Marc Lottering and Nik Rabinowitz, who starred with him in the hit variety comedy show “3 Wise Men”. Riaad’s standout standup comedy skills were recently included in the DVD for the successful “Blacks Only” comedy shows, along with other local comedians; and, he also featured in the Anant Singh/John Vlismas produced comedy-collective feature film “Outrageous”, which was released at cinemas nationwide towards the end of 2009 and is scheduled for DVD release in April 2010. Along with SA’s other top comedians – including Trevor Noah, David Kau, John Vlismas, Tumi Morake and Marc Lottering – Riaad was one of the headline acts supporting international superstar Eddie Izzard for the 46664 “It’s No Joke” concert in February 2010. Riaad has since become a regular presenter of a segment entitled “The Second Opinion – with Dr Riaad Moosa” on the E news channel’s satirical news programme  “Late Nite News with Loyiso Gola.” In March 2011, Riaad was awarded the Comics Choice Award at the “1st Annual South African Comic’s Choice Awards.”

Moosa, one of the country’s most popular and acclaimed funnymen with a style all his own, is known as “the Comedy Doctor”, and he certainly seems to have the remedy for the nation’s ills at the moment: a healthy dose of laughter, straight up – hold the aspirin