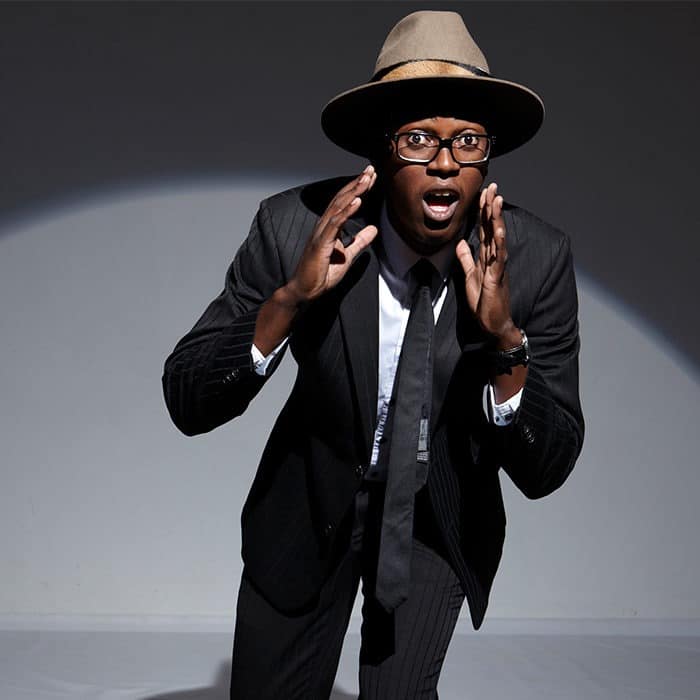 Ndangi Iileka is a Namibian Stand-Up Comedian, MC and Voice-over

artist (…and struggling Tenderpreneur). With a sense of humour that’s
somewhere between that of a politician and a traditional healer, Ndangi
captivates the audience with his bizarre collections of tales that usually
leaves them in epileptic fits of laughter.

He has been performing stand-up comedy for about 7 years and has
performed at numerous corporate events including the Barclays Gala
Event held at Sun City in 2017.

He has also done voice over work for both the 2016 and 2017 Savanna
Comic’s Choice Awards Show, Namibia Breweries’ Tafel Lager Ad
campaign and various others.

Videos of some of his performances are posted on his Ndangi Iileka
YouTube channel for the enjoyment of all those who stumble upon
them and to the glory of the ancestors (somehow).