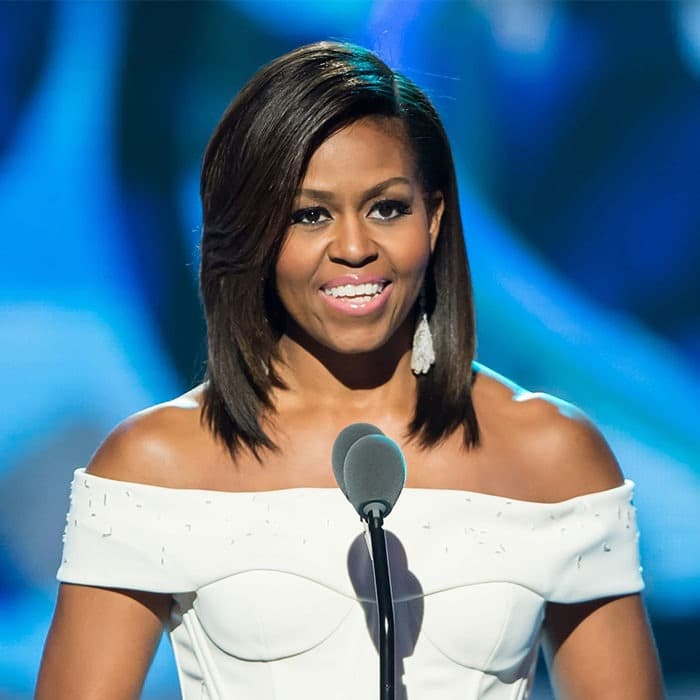 Michelle Robinson Obama served as First Lady of the United States from 2009 to 2017, transforming the position and becoming a role model, champion and inspiration for women, families, and young people across America and around the world.

Let’s Move! brought together community leaders, educators, medical professionals, parents, celebrities and others in a nationwide effort to address the challenge of childhood obesity;
Joining Forces, which she launched with Dr. Jill Biden, called on all Americans to rally around service members, veterans, and their families and support them through wellness, education, and employment opportunities;
Reach Higher aimed to inspire young people across America to take charge of their future by completing their education past high school, whether at a professional training program, a community college, or a four-year college or university;
Let Girls Learn, focused on helping adolescent girls around the world go to school.
Mrs. Obama attended Chicago public schools until enrolling in Princeton where she studied sociology and African American studies. She graduated cum laude from Princeton in 1985 and received a law degree from Harvard Law School in 1988. She then joined the Chicago law firm Sidley & Austin, where she met her future husband, Barack Obama.

Following her time at Sidley & Austin, Mrs. Obama served as an assistant to Mayor Richard Daley and as Assistant Commissioner of Planning and Development for the city of Chicago, before becoming the founding Executive Director of the Chicago chapter of Public Allies, an AmeriCorps program that prepares young people for public service careers.

Mrs. Obama was born on January 17, 1964. She married Barack Obama in 1992. They currently live in Washington, DC and have two daughters, Malia and Sasha.