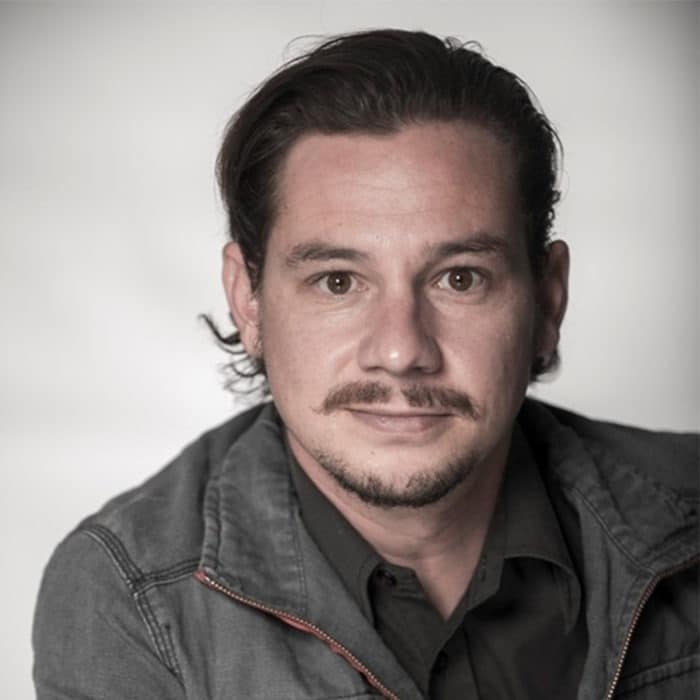 Hannes Brümmer has often been asked if he is hyperactive, but he has never been able to sit still long enough to find out for sure. His comedic style is highly energetic and physical with his tongue virtually bursting through his cheek. He likes to rant honestly about his Afrikaans heritage, the influence of the media on society and the ever raging battle of the sexes. He is at times self-deprecating, but almost always foolishly optimistic.

Since 2005, Hannes has been a member of Joe Parker’s Improv Express and subsequently the Starship Improvise. He has also become a regular face in South African stand-up comedy venues over the last five years, performing several headlining spots as well as festivals such as Rocking the Daisies (2009, 2010) and Splashy Fen (2011). He is also one of Die Flying Dutchmen, an Afrikaans Comedy duo with Melt Sieberhagen, who have proved themselves leading exponents of Afrikaans Stand-up. In 2008 and 2009 he was a finalist in the Jozi Comedy Showdown.

The application of a BA(Drama) degree (UP) has led to a variety of on-screen appearances including Een Skoenlapper, Amalia, Villa Rosa, Binnelanders, a variety of commercials, and the motion picture Skin. On stage highlights have been Full Circle, four Afrikaans farces under the direction of Pierre van Pletzen and Paul Slabolepszy’s Mooi street moves. Hannes was also co-responsible for Blikskottel (kykNET) and SABC’s SAFTA nominated Kompleks, both as writer and actor.

“Pretoria’s Hannes Brümmer was –  as is often the case – the highlight of the evening. He does what many of his peers are not confident enough to attempt: parodying Afrikaans culture from the inside out. So rugby, sokkie  and bakkies, among much else, took a beating, but in a fresh way that makes Brummer a standout talent locally.”
21 June 2011 |- BRUCE DENNILL – Citizen online

“As one of just a handful of Afrikaans comedians Hannes is slowly carving himself a unique niche as a comic… He has also crystallised his comedy persona and the image he gives off on stage is now an intricate part of the material in a way that would be difficult to say of anyone else in South Africa.”
The comedy critic