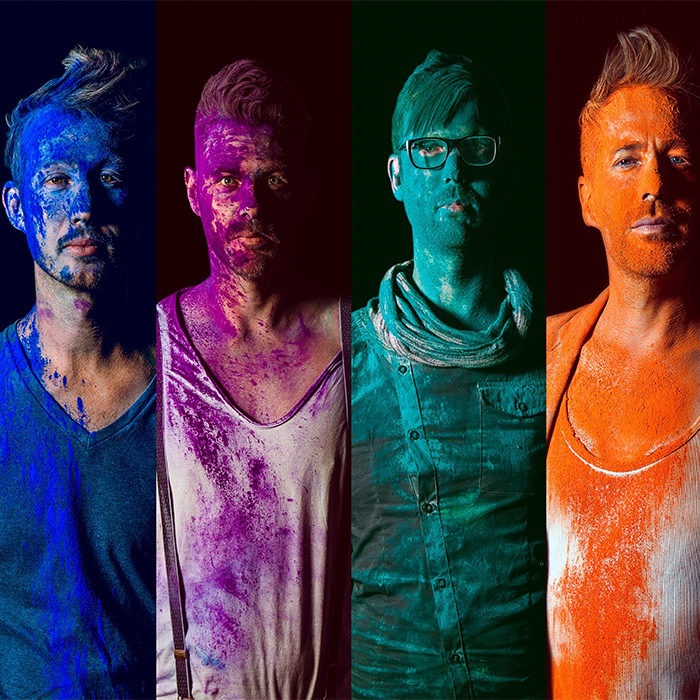 It’s not often that the South African music scene sees a band explode the way The Graeme Watkins Project did in 2011. After the release of their debut album “Corridors of The Mind” in March 2011, the band’s spacing in the South African music industry changed dramatically, making them a hot product at most events and festivals around the country. In the space of one year, they produced 5 Top 10 hit singles from the album. 2012 saw them tour the album extensively, both locally as well as internationally, and working with international producers on material for their follow-up album. This follow up album, “Soldier On” was released mid-2013 and has seen the band touring it countrywide.

“A Masterpiece is a stroke of genius in a moment of madness… So live life like a madman” is Graeme’s motto, and there is definitely madness incorporated into his music. With a range of songs incorporating a host of genres such as rock, indie, pop, deep and meaningful ballads, or acoustic bounce downs of popular chart toppers, this band is full of surprises.

With their ADHD-inspired beat, the music is designed to get the crowd into the mad-capped mindset of the band members, to break out of their comfort zone and rock out to the all-encompassing movement of the melody.

Their first album “Corridors Of The Mind” produced FIVE major hit singles in 2011 and 2012. The attention they received in 2011 reached its climax when they were invited to Los Angeles to perform at A+R Worldwide’s Musexpo 2012. It was here that the band had the opportunity to perform for industry legends such as Larry King, Seymour Steyn, and Michael Chugg to name but a few! As a result, the band was spotted by international Producer and A+R specialist from Atlantic Records, Jeff Blue. They went on to record their second album with him in LA.

In late 2013 their submission into the 48 Hour Music Video Competition saw them win 6 awards in total including: Best Performance, Best FX, Best Song, Best Lyrics, Best Director and the overall award for Best Music Video. The video for the song “Fly Away” was released in early 2014, along with the song. The video competed at the Cannes Film Festival as well as Filmapalooza in New Orleans.

The Graeme Watkins Project (GWP) is not just about Graeme, it’s made up of phenomenal musicians who can stand proud in their own musical right: Ryno Zeelie plays lead guitar, Rudo Pieterse on bass and Matthew Marinus on drums.

2016 sees the band exploding back onto the scene. Earlier this year, GWP dropped their much anticipated single “Love In Abundance”. It has made number 1 on the 5FM Rock Chart and made it to number 7 on the 5FM Top 30 Chart. The single has been charting on several radio stations over the past four months and it has been doing very well. The accompanying music video for the single was directed by Rick Joaquim from Duck Rabbit Studios and it is a work of art in itself.

This unit has managed to break the “cookie-cutter” mould of the stereotypical SA Pop-Rock sound by producing fresh sounding albums, with each of the original songs lined with raw, pure emotion… pretty much exactly what everyone – not only the SA Music Scene – needs right now.

The Graeme Watkins Project is one of the most exciting acts to watch! Their 1 hour set is jam-packed with high energy, pulse racing performance.

Their ability to read a crowd and adapt their set accordingly means that they ensure each performance is tailor-made to suit the audience.

This versatile band offers an acoustic set should clients request.