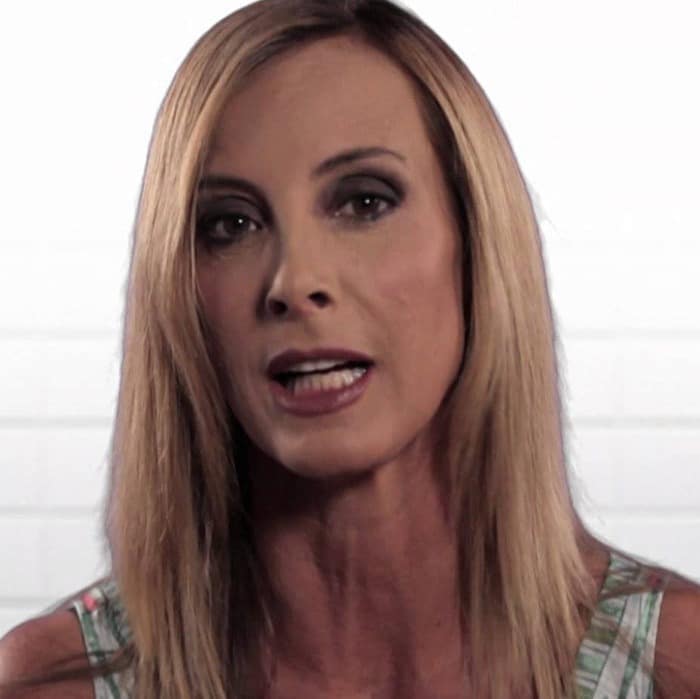 Debora Patta was born in Zimbabwe, where her Italian father had emigrated as a railway employee. Her father was from Rome, Italy and she lived there for a while when she was young. Her Italian family is originally from Praia a Mare in Calabria. When her father died, Patta and her sister inherited a hotel in Rome and holiday apartments in the south of Italy. She considers Italy her second home and travels there regularly.

She moved to South Africa with her mother, a nurse and devout Catholic, and her sister in 1976 after her parents divorced. She attended Rustenburg School for Girls in the Rondebosch suburb of Cape Town, where she matriculated in 1981.

Patta studied at the University of Cape Town where she obtained a Bachelor of Social Sciences in 1984. She briefly taught aerobics while at university.After graduating from university, Patta worked as a political activist teaching literacy in Cape Town’s squatter camps until 1990, when she started working as a freelance reporter for the BBC.

Debora joined Radio 702 in Johannesburg as a reporter in 1990 and worked her way up to news editor in 1994 and special assignments editor in 1997. The first news story she worked on that was aired on Radio 702 was about the return of ANC leader Oliver Tambo from exile in December 1990.

Patta worked for e.tv, the first privately owned free-to-air television station in South Africa, since its inception in 1998. She started as a senior correspondent in Johannesburg and was subsequently appointed chief anchor of e.tv news.

Since 2000 she has been the executive producer and anchor of the weekly current affairs television programme 3rd Degree, a show conceptualized by her which focuses on hard-hitting interviews.

She played a key role in the launch of South Africa’s first 24-hour news channel eNews Channel Africa by e.tv in 2008.

Deborah is now a freelance investigative journalist, and has covered high profile court cases, such as the Oscar Pistorius trial.

10 Reasons Why SA is the Best Place To Live

A passionate, inspiring keynote address that takes a hard look at the tough challenges facingSouth   Africaand how individuals and businesses can make a difference, find meaning and embrace this country.  This will have particular resonance in 2010.

A re-worked version of “Why SA is the best place to live” focusing on the African continent.  Suitable for local and African audiences as well as international clients interested in learning more about and investing inAfrica.  This will have particular resonance in 2010.

Workshops on Why SA and Africa matter

A more detailed in-depth version of the above two talks that helps companies and groups look at how they can make a difference and embraceSouth Africaand/orAfrica.  The workshop takes each of the core values raised in the keynote address such as courage, endurance, compassion, heroism, democracy etc and helps participants find ways to implement these.

Debora Patta is a renowned journalist who has been in the field for 20 years.  In this keynote address she looks at some of the major stories that have shaped the past two decades and what we can learn from them as individuals and companies.  This talk includes the Gulf Wars, 9/11, Mandela’s presidency, Princess Di’s death and a range of other stories both past and current. Given the changing nature of news, this address is constantly updated and can be tailor-made for specific audiences e.g. have more of a human drama focus, a political focus, an economic focus or a marketing focus.

Debora Patta is renowned for her tough uncompromising style as a journalist. She is often held up as an example of a woman who has made it in a man’s world, of a woman who is not afraid to speak her mind and of a woman who believes there is no glass ceiling.  In this talk Patta looks at how women can find their voices as mothers, wives, business people, bosses and make a difference on the world around them.   She tells stories of courage and hope that find resonance with women either at the top of their profession or women still making their way there.

Lessons in Leadership from Nelson Mandela

This is a 45-60  minute presentation focusing on one of the most enduring icons of our time.

In this talk Debora Patta will present 10 lessons of leadership and life from Nelson Mandela.  It covers areas such as courage, leading from the front, leading from the back, quitting as leadership, seeing the good in people, the power of saying no, looking the part and knowing  your enemy.

Patta was privileged to report on Mandela from the day he was released from jail to his presidency.  She experienced his remarkable humility and unique leadership style up close and personal as she travelled with him around South Africa.  This talk is powerful, compassionate and inspiration – full of charming and illuminating stories of a this incredible man.  Patta was regarded as Madiba’s ‘favourite journalist” and is a renowned investigative reporter who has covered virtually every major story at home and abroad over the past two decades.

The Power of Being Wrong

Most of us go through life assuming we are basically right, basically all the time, about basically everything – our political and intellectual convictions, our religious and moral beliefs, our assessments of other people, our memories, our grasp of facts.  In fact when you think about it – generally most of us think we are pretty omniscient, all knowing, and wise.  And lets face it – generally we do navigate day-to-day life fairly well – at least in a way that suggests we are routinely right about most things.  And then there are those remarkable individuals who are not just routinely right but spectacularly right – Einstein, Gallileo. Edison.  So being right represents the very highest standards and peaks of excellence in humanity as well as the source of countless small moments of personal joy.

Think then about how we view being wrong.  It’s viewed as rare, bizarre, an aberration.  It leaves us feeling idiotic and ashamed.  Being wrong makes us cringe, we become defensive, our hearts sink.  It can vary from a minor nuisance to a major nightmare.

This talk examines the idea that ultimately being wrong and not right can teach us more about ourselves, our world, our work.  In a humorous and inspirational address Debora Patta looks at the 10 biggest mistakes of the past decades and what we can learn from them.  Drawing from her personal experience as a renowned investigative journalist, this is riveting first-hand story telling at it’s very best.

With 20 years experience as both a journalist and a news manager, Debora Patta can talk on a wide range of issues from the political to the more human drama and will tailor-make a talk specific to a company’s need.

Debora Patta is renowned for her tough, uncompromising interviewing style and has years of experience in training senior executives and media representatives in dealing with the media.  This training will be tailor-made for companies and executives and covers print, radio and television.  It includes practical on-camera experience including a grilling interview from Patta

With her wide range of experience and her expert knowledge on current affairs, Debora Patta is the ideal person to chair debates, facilitate conferences or MC functions.