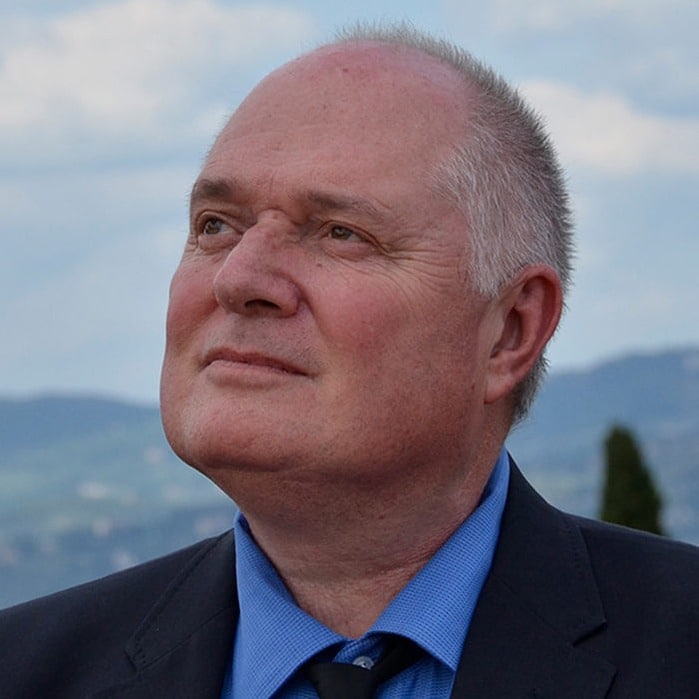 He serves as Director of the Cosmic Dust Laboratory at the University of the Witwatersrand in Johannesburg, where he is Professor in the School of Computational and Applied Mathematics. He holds a Master of Science degree in relativistic astrophysics and a PhD specializing in the morphology of spiral galaxies.

Professor Block has been a visiting research scientist at the Australian National University, the European Southern Observatory in Germany, Harvard University, the California Institute of Technology and the Institute for Astronomy at the University of Hawaii, amongst others.

Professor Block is the only scientist on the continent of Africa whose research work has *twice* been featured on the cover of the world’s most prestigious scientific journal “NATURE’. In 2006, Professor Block received the University of the Witwatersrand’s highest research accolade: the Vice-Chancellor’s Research Award.

In June 2013, Professor  David Block won the NSTF-BHP Billiton award in the category “To an Individual or a Team for an outstanding contribution to SETI through Communication for Outreach and creating Awareness over the last 5 years – sponsored by the South African Agency for Science and Technology Advancement (SAASTA)”.

“Our Universe: Accident or Design?”

He devotes a sector of his time to strategic thinking in the corporate sector, and he has been selected to address some of our planets most famous corporates including Coca-Cola. Dr Claudelle von Eck,  CEO of The Institute of Internal Auditors South Africa, comments:

“Prof Block’s presentation was the crescendo of our conference which attracted around 1200 attendees. His unique ability to help people understand how their potential is reflected in the stars is enlightening. The standing ovation he received was well deserved”.

David is married to Elizabeth, who lectures in Geography at the Auckland Park Campus of the University of Johannesburg. They have three sons, Aaron (21) and 15-year-old twin boys, Nathanael and Tevye, named Khethile and Nkwenkwezi by former President Nelson Mandela.

This is how world-renowned US astronomer John Kormendy describes the career of our speaker:

“David Block is to South Africa what Carl Sagan was to American astronomy – his pioneering discoveries are reshaping astronomical paradigms, and his imprint on human culture is a legacy to all South Africans as you build your future in the technological 21st century.”