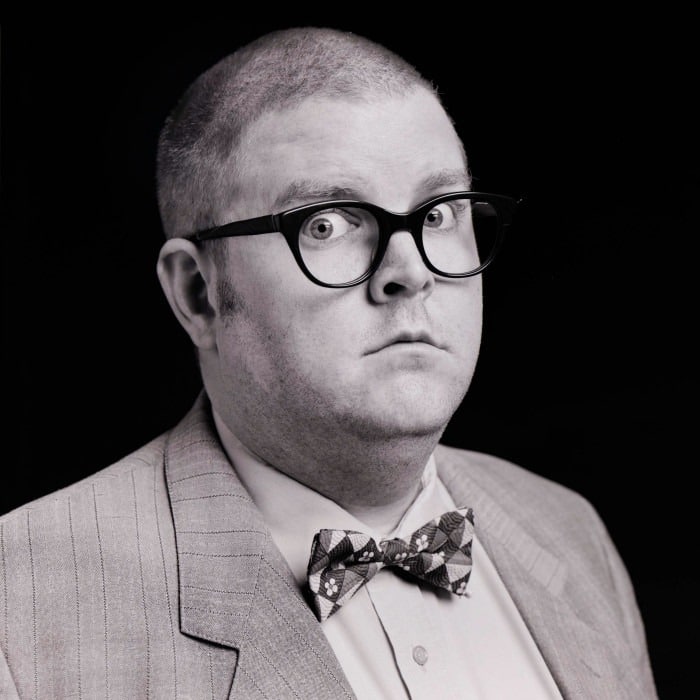 Chris Forrest has been on the forefront of South Africa’s comedy scene for close to ten years now. His unique dry sense of humour has made him one of the country’s most popular comedians and ensured that audiences are left in stitches wherever he goes.

Best known for his TV appearances such as being one of the stars of the Pure Monate Show and numerous successful ad campaigns which include being Sasol‘s volunteer Olympic coach Coach Joe, the Yo guy for the Vodacom Challenge, and the recent eBucks advert we he played four different versions of himself. He’s also had smaller roles on Kompleks, and the Emmy nominated episode of Sorted.

Chris has also been a regular performer on South Africa’s premier comedy show The Heavyweight Comedy Jam which tours the country on a regular basis, as well as being an honorary black man on the hugely successful Blacks Only Show which has revolutionised comedy in SA. Chris is also the regular host of the King Size Comedy Shows, attracting crowds of three thousand plus. Chris also played the famous Lyric Theatre in West End, London to huge acclaim.

Having performed with distinction at functions ranging from corporate launches for Microsoft, SASOL, Mondi, ABSA, SAB, Vodacom, MTN and more recently eBucks print and TV campaign to music festivals such as Oppikoppi. Working as both a comedian and an MC Chris has proved himself to be one of the most versatile and consistent performers in the country, enjoyed by audiences of all ages and races.