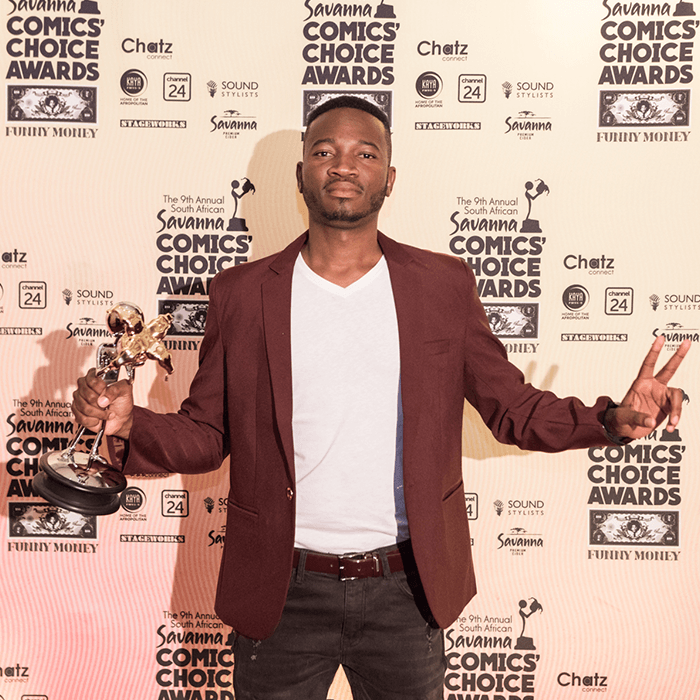 Chomi Ya Jeso Mahlokwane is a professional stand-up comedian born in Burgersfort, Limpopo, in 1990.
He made history in South Africa becoming the first comedian who performs in a vernacular language to win Best Newcomer award at the 2019 Annual Savanna Comics Choice Awards hosted at Gold Reef City, Johannesburg.

Chomi Ya Jeso was invited and given a standing ovation by councilors from all political parties in the Ekurhuleni Council Chambers on September 18, 2019. He was applauded by Mayor Mzwandile Masina, the chief whip, the chair of chairs and Members of the Mayoral Committee (MMCs).
He shares stages with the biggest comedians in South Africa and has headlined big shows like Limpopo’s Funniest Comedians, Blacks Only, Comedy Picnics and many more.

His corporate performances include clients such as ABSA, Savanna, Taxi Association, and many more.