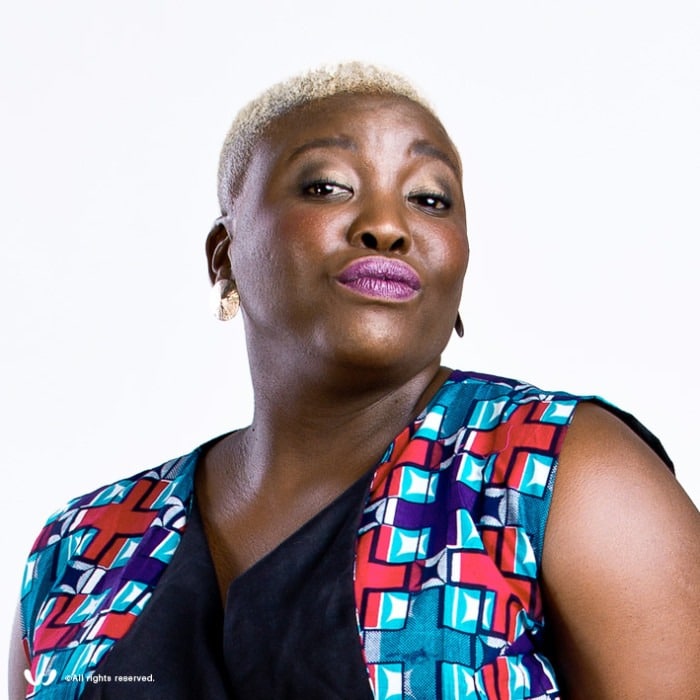 Celeste Ntuli, the queen of the Zulu comedy and the first ever local female comic to record a one woman show DVD called Seriously Celeste which is a collection of her performances across the country.

A full-time stand-up comedian for the past few years, Celeste Ntuli has come a long way since she was first discovered performing in a marquee in Durban about nine years ago. Born in Empangeni, after finishing high school she relocated to Durban to study entertainment technology at Durban University of Technology.

Celeste attributes her success to the fact that she has no holy cows – stereotypes, relationships and social issues – no subject is taboo as far as she is concerned.

Celeste had always been a joker, even at school, so it was no surprise when she decided to pursue comedy as a career instead. “I was always the class joker so when I saw a poster about a comedy show, I called the organizers and asked them to give me a chance to show what I could do,” she said.

Celeste says she gets her inspiration from artists like Monique, who is regarded as America’s funniest woman. “There are very few female stand-up comedians around the world. But Monique is unique and truly funny. I would like to be as successful as she is.”

2015 was a very good year for Celeste. Her One Woman Show ‘Home Affairs 2” hosted at the Lyric Theatre was sold out that it had its second run at the theatre 2 months later. She was nominated under the “Flying Solo” category at SA Comics Choice Awards and performed at the Jacob Zuma Birthday Celebration where she was specifically requested.