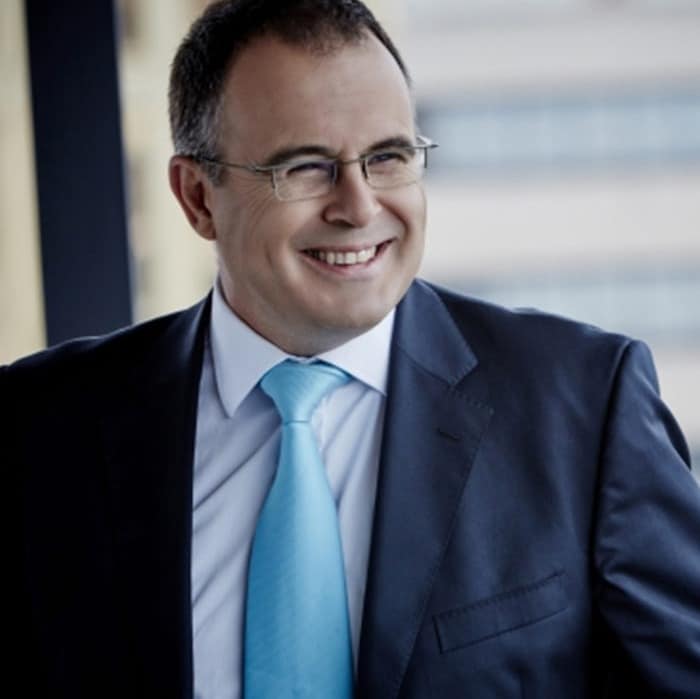 He has been named Sanlam Financial journalist of the Year in 2014 and Sanlam Radio Financial Journalist of the year in 2014 and 2015. He’s also been crowned Citadel Words on Money Overall Winner for personal finance writing; was named Citi South Africa Financial Journalist of the Year in 2009 and completed a course at New York’s famed Columbia Journalism School as part of that programme. Bruce has won numerous other accolades for print, radio and television in the Sanlam and Citadel awards over the past decade as well as multiple wins for best financial broadcaster in the MTN Radio Awards.

Bruce graduated with a Bachelor of Journalism degree from Rhodes University and has been practicing as a journalist for over two decades. One day he hopes to turn it into a career.

Bruce presents The Money Show on 702 and CapeTalk, hosts Tonight with Bruce Whitfield on CNBC Africa and is a columnist and writer for the Sunday Times Business Times. He is also a sought-after public speaker, MC and conference facilitator.

Talk – The Upside of Down

The Upside of Down is a 45 minute talk that takes audiences on a roller coaster ride through 50 years of South African history to provide some context to today’s troubles. Nenegeddon was not the end. What felt cataclysmic at the time of Nhlanhla Nene’s firing in December 2015 is actually proving to be a catalyst for change – a slow and painful catalyst – but a catalyst nevertheless.

South African’s have prospered despite the noise and the chaos over more than five decades. While many feel down in the dumps, we can survived considerably worse. All you have to do to verify that claim is ready history books.

My talk saves you the trouble.