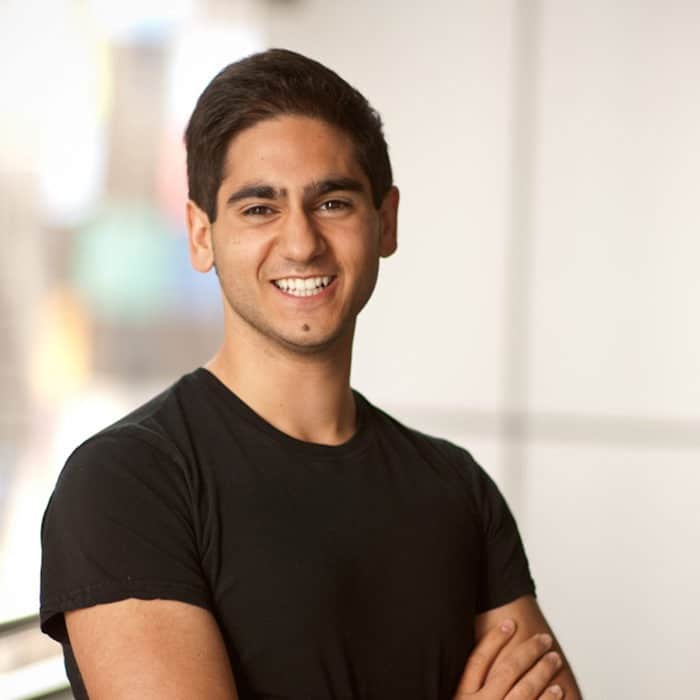 Named to Forbes’ “30 Under 30” list, Alex Banayan is the author of a highly anticipated business book, The Third Door, to be released by Crown Publishers (Random House, Inc.). The Third Door is Banayan’s unbelievable journey tracking down the world’s most successful people to uncover how they launched their careers. Over the course of his five-year quest, Banayan has sat down with Bill Gates, Lady Gaga, Jessica Alba, Maya Angelou, Jane Goodall, Pitbull, Quincy Jones, Larry King, Tim Ferriss, Tony Hsieh, and Steve Wozniak—and had remarkable run-ins with Warren Buffett, Steven Spielberg, Mark Zuckerberg, Bill Clinton, and more. After exclusive interviews and extensive research, Banayan has uncovered the single trait every single one of these leaders has in common. His discovery will change the way your organization understands and approaches success. Banayan is the youngest business author ever signed to Crown Publishing in their eighty-year history.

World champion boxer Sugar Ray Leonard declared, “Never before has there been a collaboration, in this format, of some of the world’s most successful people. Banayan’s book can truly change the world.”

As a keynote speaker, Banayan has presented to corporate leadership teams and conferences around the world, garnering standing ovations from Apple, Nike, IBM, Dell, MTV, Harvard, and countless others. Microsoft declared that Banayan “cracked the code for success.”

A leader of the next generation of entrepreneurs and the focus of major media around the world, Banayan is a venture associate at Alsop Louie Partners, a high-tech venture capital firm based in San Francisco. Fortune magazine reported that Banayan was “the world’s youngest venture capitalist” and Business Insider named him one of the “Most Powerful People Under 30.”

A leader of the next generation of entrepreneurs, Banayan has contributed to FastCompany, The Washington Post, VentureBeat, Entrepreneur magazine, The Huffington Post, and TechCrunch. He’s been featured in major media including Business week, Forbes magazine, Fortune magazine, Fox News, Bloomberg TV, and CBS News.