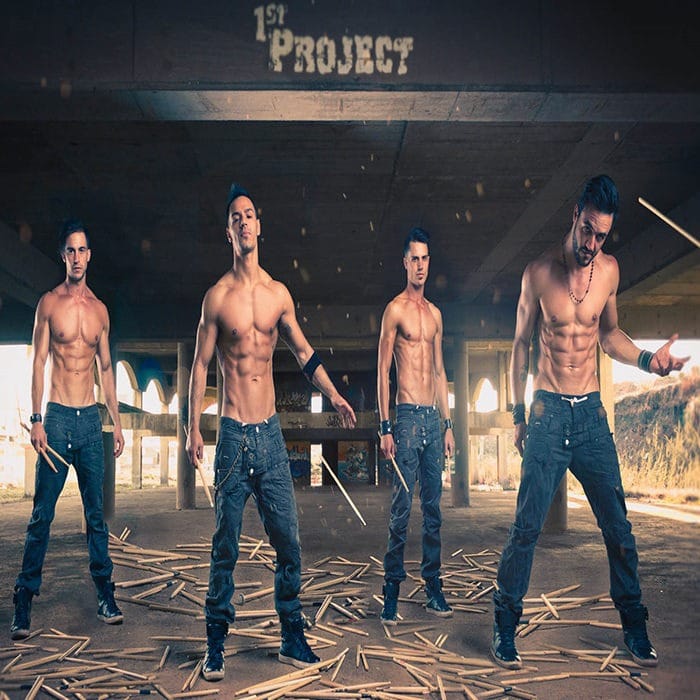 By using only drums to create what can be best described as ‘Aggressive Percussion!, 1st Project has truly made their mark on the entertainment industry, continuing to captivate audiences with their
unique musical style, passion and vigor…
1st Project started at a music school in Johannesburg, South Africa.

The concept behind the band was to change the common view of drumming groups – a bunch of hippies banging drums around a fire, to four young guys smashing drums and sweating out a live show that demands attention!

Since then, they have played over 2000 shows, toured over 30 countries, and been featured in hundreds of media spots worldwide, marking them as South Africa’s biggest drumming act.

They also boast being the only drumming act to receive 2 South African Music Award nominations; win a World Music Award in China, as well as the first South African band to have a full one hour music special on MNET and across DSTV South Africa, Africa and Asia.

an LED version of their percussion for a more futuristic look and feel.

Do you suffer from percussive aggressive behaviour?… PLAY IT TO BREAK IT!